Relics from the Bowie search for the San Saba Mine?

There are about as many sites for where the 1831 Bowie battle with the Indians took place are there are sites for the legendary lost mine. The State of Texas decided it was far east of Menard when they were passing out roadside historical markers. Personally, I think it was a few miles east of Menard, north of the river.

But some people think it was to the north west of town, near the egg-shaped basin. In the 1930’s the treasure hunters Judge Norton and Princess Wenonah found a skeleton to the north of where their main diggings were in and around the egg-shaped basin. There was a knife, a horse bridle, and a rifle barrel near the corpse. Norton and Wenonah concluded that they had found the grave of Thomas McCaslin. 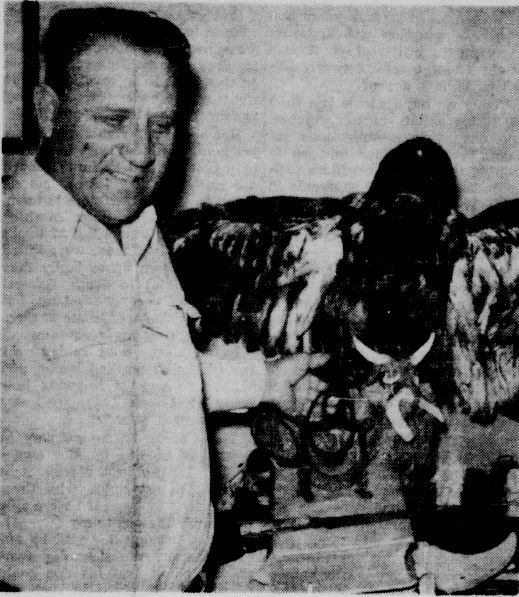 Thomas McCaslin was a mechanic brought out west by Jim Bowie. Jim had promised the Mexican government that he would set up an agricultural mill, and McCaslin was to help set it up. Before setting about on the mill, the Bowie brothers made a trip north to the vicinity of the San Saba river to look for a mine that was supposed to be within a mile of the old presidio. Apparently, a guide had taken Jim’s brother to it previously.

Part way through the trip, the group was warned by the Comanche that a band of Indians was after them, so they made full speed to the old Presidio to take shelter. Probabbly, they were well to the East of the Presidio. They forded the San Saba, and then…got lost. Eventually they headed further north to take shelter for the night. They had their legendary battle next day at dawn. Many were injured, but McCaslin was the only fatality in the group. McCaslin was buried near the location of the fight.

Back to Norton and Wenonah, they never had anything to say about what they were doing at the mine site over the thirteen plus years they stayed there. All except for one thing: the McCaslin body. They even erected a cross made from oil field pipe over the body and fixed a brass plaque to it, proclaiming it to be the body of McCaslin. The cross is still there. Perhaps they promoted the find as a way to help sell stock in the mine. Or, as one person who knew them suggested, it was a distraction to throw other treasure hunters off the track (supposedly they found yet another body a distance away, and it was the real McCoy, or at least the McCaslin.)

Some concluded that bridle, knife, and barrel were grave goods that proved the body was Native American, buried according to their customs. But the accounts at the time were that the items were near, but not necessarily in the grave. It is unfortunate that archeologists were not consulted to date the artifacts and to give an opinion on the race of the skeleton.

Presumably the body is still there, but what happened to the artifacts? Years later Wenonah was sick, and out of money. She moved to the Bevins hotel in Menard. She was a trend setter–today it is the Menard Manor, a rest home. She needed money, and it just so happened that a collector of old west artifacts had an office in the hotel. She put up the bridle and the knife as collateral for a loan. She died without ever reclaiming them.

The new owner, according to a newspaper from the 1960’s, was Bill Volkmann. The image on this page shows him, with the knife resting on a book to his side. He is holding the bridle. The article claimed that the barrel made its way to a lady in San Angelo.

There is also an account that the artifacts were briefly owned by a local attorney before being stolen. Those artifacts could help clear up the mystery, but they seem to been lost forever.