The 1831 expedition of the Bowie brothers to search for the lost mine somewhere around the San Saba River is well known. Less well known is the 1832 expedition. Rezin Bowie, James’s brother, was not part of it.

A newspaper from January 1832 states: 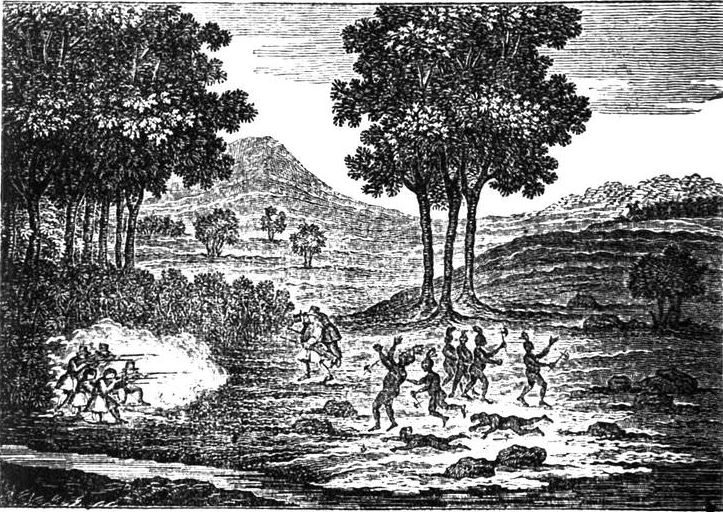 Permission having been granted by the Political Authorities of the country, to Mr James Bowie to make an expedition against this horde of thieves, and marauders, of our frontier, a Volunteer corps, to be commanded by officers of their own election, will go out in the coming month of January. The present is believed to be a favorable moment to strike a final and fatal blow to those distorters of our peace…information has been received that the Tahaukanos…All that feel disposed to go and chastize these murderers of our wives and children, and plunderers of our property, are invited to meet at Gonzales on the 20th of next month, the time and place appointed for a general rendezvous, whence they will proceed on the campaigne.

The stated purpose was to go punish the Tonkawa Indians. That was the main group that had attacked Bowie’s group not long before. It was widely suspected then, and now, that the main purpose, or at least a purpose, was to go back to the San Saba and have another look for a silver mine. Jim Bowie went on the expedition, and found no silver, and apparently found little sign of the Tonkawa either.

It was likely Rezin, and not Jim, who visited the San Saba with a guide before the 1831 fight and was shown an alleged mine (a pit eight feet deep, about a mile from the Presidio). In a twist of fate, Rezin’s eye sight was failing. In the 1831 fight he used a shotgun instead of a rifle. After the 1831 fight he headed back east to visit an eye specialist. He also told the story of the Indian fight to the Saturday Evening Post, and it was widely printed and reprinted for years to come. The image on this page is a fanciful illustration from the article. How cruel that he had seen the mine, or at least what he thought was a mine, then, perhaps, could not see well enough to lead the way back to it. If Rezin was taken straight to the mine from San Antonio by a guide, it would account for the group getting lost in 1831, as they did not travel straight to the Presidio on that trip, but first visited an area to the East.

After the probable search in early 1832 for the mine, it is likely that Jim Bowie never looked for it again.