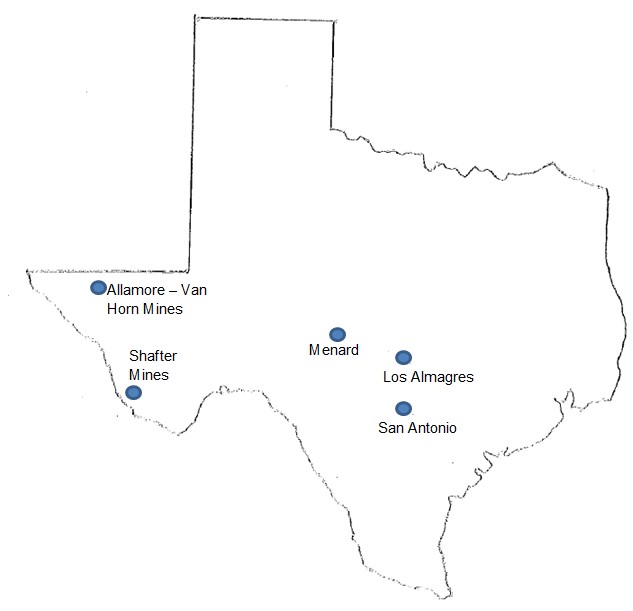 There were real silver mines in Texas. On the west side of the state there was the Shafter mine district and the Van Horn area. Those were honest silver mining areas that produced much silver. There was also at least some mining, on a much smaller scale, at Los Amalgres in the early years of the 1900’s. One can see the old shaft on the top of Packsaddle Mountain and the remains of the massive, old smelter in the valley below. Menard (near the legendary San Saba Mines) and San Antonio are on the map for reference. 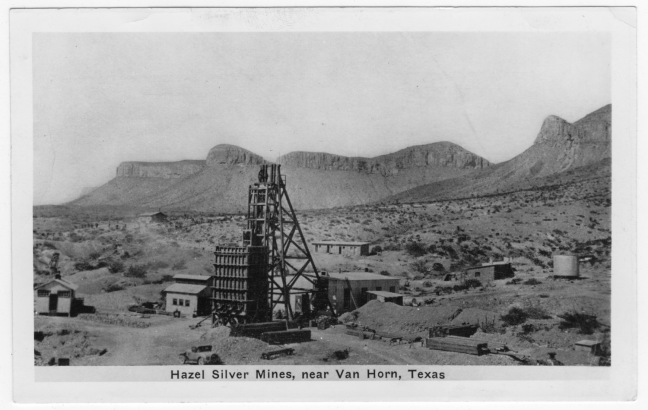 The Shafter mines were the most important, with 90% of the silver and 70% of the gold ever mined in Texas coming from there. The Van Horn mines were smaller and not as productive as the Shafter mines. Work there ceased during WWII.

The next map shows some of the geological features of the state. The igneous areas are pockets of ancient volcanic activity amongst what is otherwise a sea of sedimentary rock. Those areas line up very well with the silver mines. The one to the east is known as the Llano Uplift. Around these areas it sometimes happened that volcanic activity pushed out into sedimentary areas, even into the usually barren limestone, and left behind minerals. Even gold and silver sometimes. 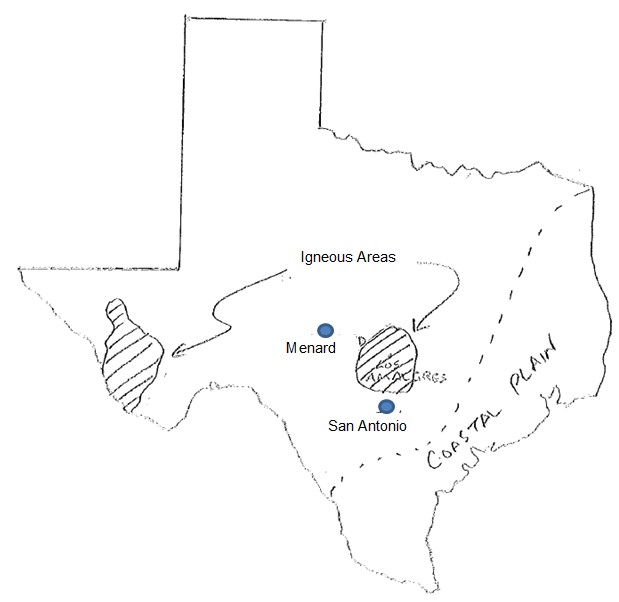 Geologists call it replacement when igneous rock protrudes into something like limestone. However, it appears that those replacements do not reach out scores of miles. For silver, or gold, to have made it to near the old Spanish fort on the San Saba in present day Menard, it would have had to have reached out a few score miles.

There are traces of silver in sandstone about ten miles to the east of Menard. There have been claims that at least trace silver and gold was recovered from bore samples from around Menard, but it seems that whatever has been found, no one found it worthwhile enough to sink a proper mine.

One of the mines in the Shafter mine district even reopened briefly a few years ago when silver prices spiked, but a drop in prices closed it. In recent years, with silver going up again, there has been interest in reopening the site. A report on that can be read here 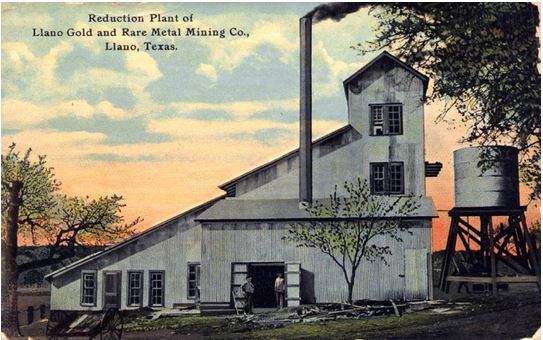 Regarding the area around Los Amalgres, there were other mines in the Llano Uplift area as well. Besdies gold and silver, valuable minerals like tungsten have been mined there at one time or another, and even rare earth minerals are to be found. One well known gold and sliver mine was the Heath mine. There is a good write up on it here. There is some question as to what portion of the revenue was from gold, and how much was from the sale of stock. The owners seemed to have the art of finding investors down to a science. It closed during WWII. For Llano county in general, it seems to suffer from the curse of the Llano: a little bit of everything, but not much of any one thing.

David C Lewis wrote this article. His author page and a link to purchase his book on the San Saba Treasure is here